Having met and fallen in love in Edinburgh, the city has a special place in Suzanne and Monday’s hearts, and when it came to choosing where to get married they both knew there was no other city. The most important factor for this lovely couple though, was to celebrate the joining of their two families, which was shown through both Scottish and Nigerian influences on the tables and speeches. Read on … We met in Edinburgh. I lived in Dundee at the time and was in Edinburgh for a Hen Party. We met on George Street after being introduced by a mutual friend. 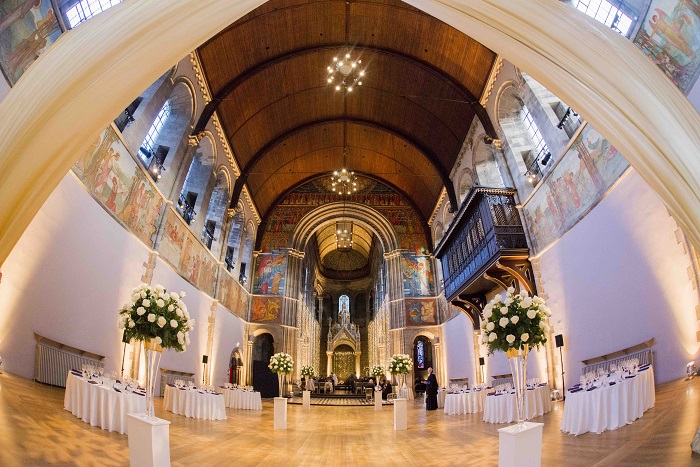 Monday asked me to marry him on our second anniversary. On the day he accidentally called my brother instead of my Dad to ask for permission (both are called John). He had a little panic when my brother phoned me to say that he had a missed call from Monday but quickly covered his tracks. I love that he was traditional, asking my Dad for permission and getting down on one knee and also that it happened in a beautiful spot in Dalgety Bay, where we bought our first home together. 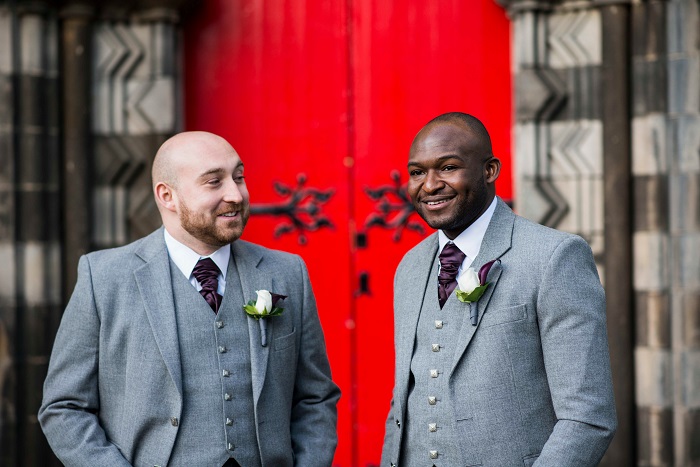 Edinburgh is where we met and is so special to us so we both knew it was where we wanted to get married. We researched different venues with Mansfield being the second place we visited. As soon as we walked through the doors we both fell in love with it, it was breathtakingly beautiful and we loved that it gave the flexibility to work around what we wanted for our day. 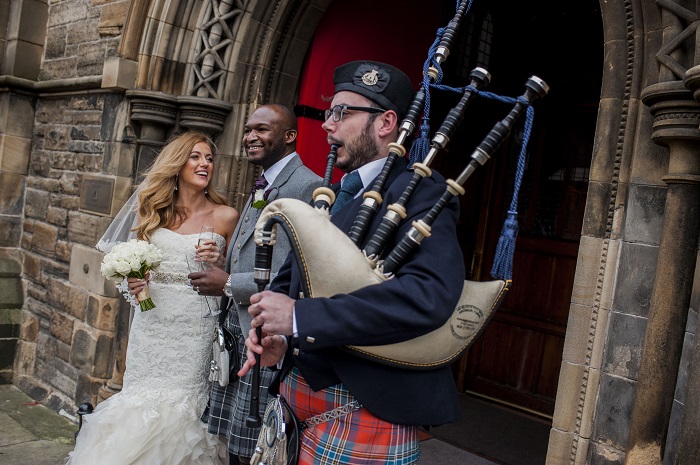 The day was about our two families coming together as one. We tried to incorporate this by having Scottish and Nigerian influences in the wedding. Tables were named after Nigerian and Scottish/Northern Irish places that are special to us. Our Nigerian family and guests wore traditional Nigerian wear and Monday incorporated some Igala into his speech which our Nigerian friends and family really appreciated. 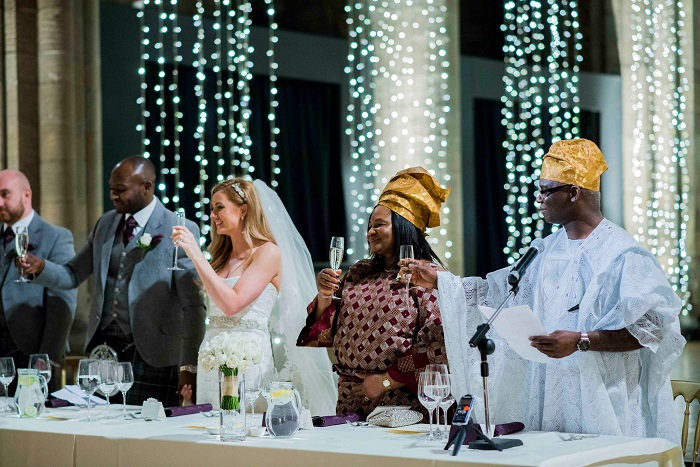 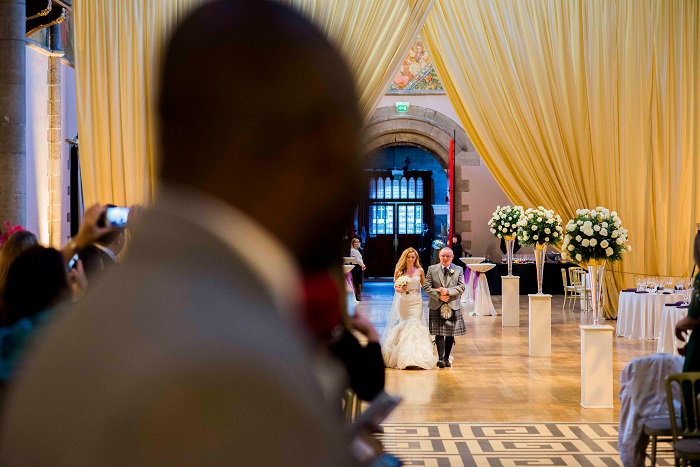 We had a religious ceremony as this was important to both ourselves and our families. Making a commitment to each other and to God was the most important part of the day for us so we enjoyed that it was conducted in a serious manner. 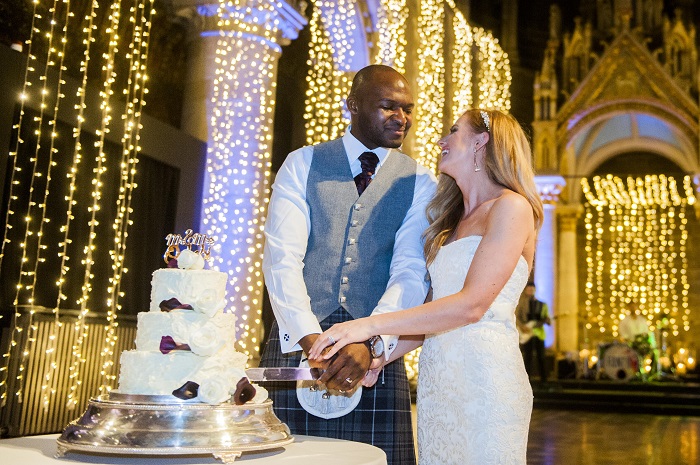 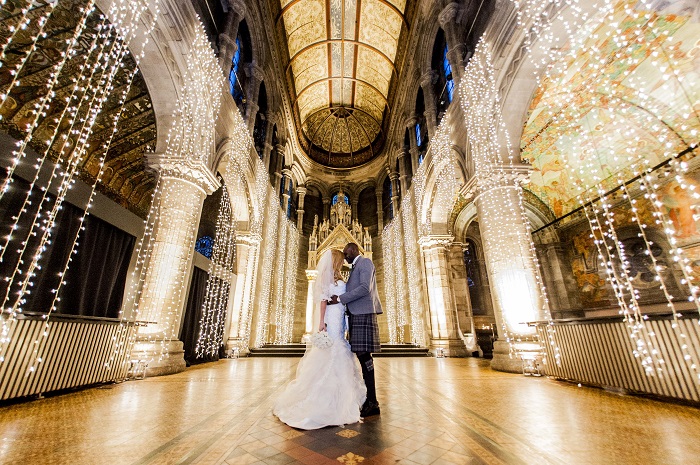 The moment we first met eyes on the day is a moment that I will treasure forever. The String Quartet was playing Pachelbel's Canon in D, my Dad was squeezing my hand and I was looking at the person I was about to marry. It was such a special moment surrounded by those dearest to us. A moment that I will never forget. 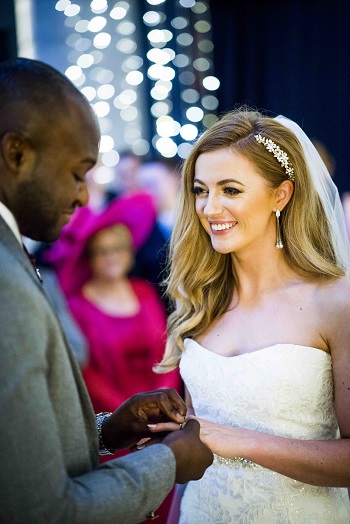 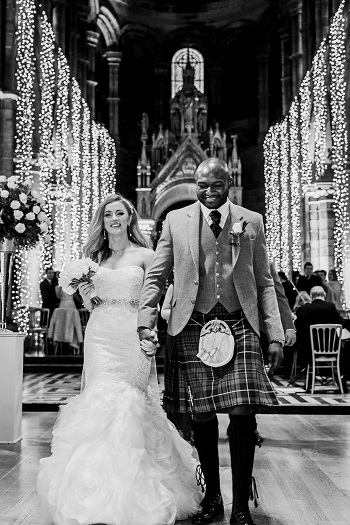 As obvious as it sounds, spend the day together.  During each course of the meal we made an effort to visit every one of our guests together. This meant that later on in the day we could relax and dance the night away. 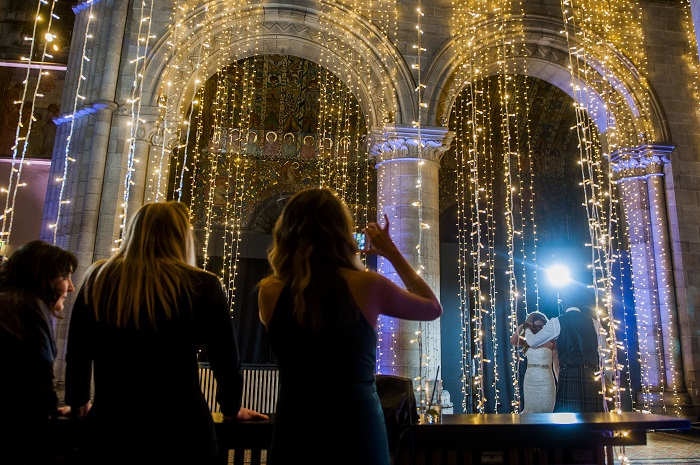 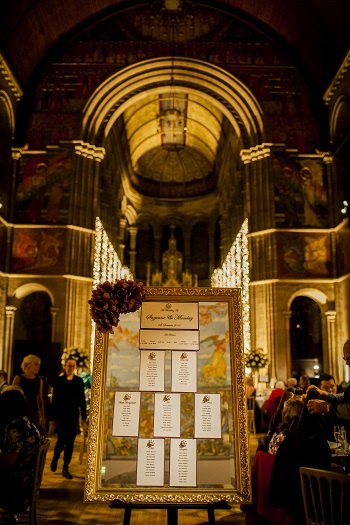